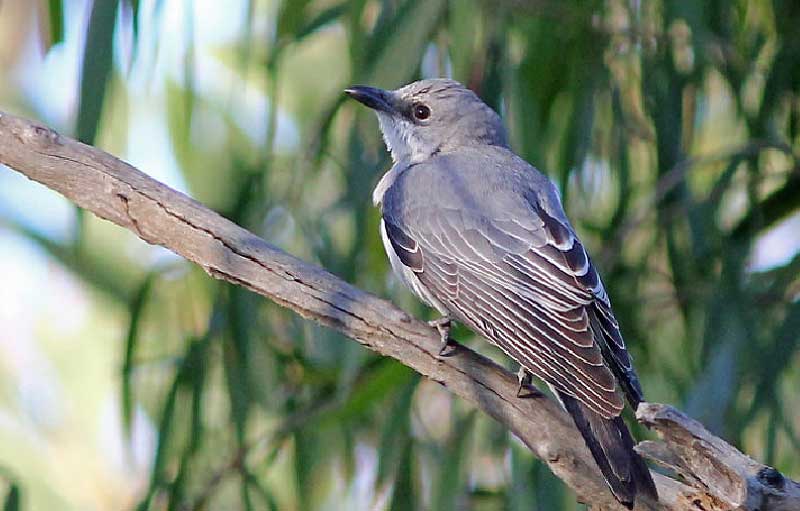 This report covers a week’s birding in northern Sulawesi, visiting Gunung Ambang, Tambun and Tangkoko and sites in between. The trip was organised by Theo Henoch of Sulawesi-LWAdventures. Bruce Wedderburn was the other participant on the trip. The trip took place just after the wet season and there had been a lot of rain in the week prior to our arrival. During the trip there were several heavy downpours at night, although one morning the rain kept us from birding for the first few hours. Temperatures were around 30oC but the humidity was high and at times unpleasant. Thanks to Theo Henoch and his driver Roy the trip was successful and went smoothly. Species names in this report follow Clements but where he is a bit too outlandish I have given alternative names in brackets. I recorded a total of 112 species, 73 of which were lifers for me. An additional two species were heard only.

I arrived in Manado on a direct flight from Singapore, and shortly afterwards Theo met me and we had a refreshment until Bruce arrived. We drove to Kotamobagu, which took about 6 hours with a stop for dinner on the way. Birding along the way we saw several Javan Pond-Herons, a flock of some 30 Chestnut Munias, a few Uniform Swiftlets, Hair-crested Drongos and a beautiful Purple-winged Roller. Overnight at Hotel Senator in Kotamobagu.

An early morning departure to arrive in Sinsingon, a village near Gunung Ambang. Gunung Ambang is part of the mountain chain that runs along almost the entire length of the northern peninsula of Sulawesi. It is home to two of Sulawesi’s threatened endemics, the Matinan Blue Flycatcher and the recently described Cinnabar Hawk Owl, both of which we had excellent views of. We also saw a Greyheaded Canary-flycatcher which is not recorded on Sulawesi according to Coates & Bishop’s ‘Guide to the Birds of Wallacea’.

The reserve is easy to reach from Kotamobagu and not far from the village of Singsingon. It protects an area of submontane rainforest, making it an excellent birding site but at the time of the visit some of the narrow forest trails were very muddy. Amazingly the vehicle managed to get us most of the way to the forest on a rather narrow and muddy track through the fields. There was also some evidence of illegal selective logging. While we were in the forest a small earth tremor made the trees and vegetation tremble. We birded during the morning, then went to the ranger’s house in the local village for lunch and a rest, after which we birded near the village and back at Gunung Ambang until dark. We then spent two or three hours owling, with good results.

After a late dinner at the ranger’s house we drove back to Kotamobagu for the night.

Another early morning departure to get to Tambun at a reasonable hour for birding. Here is a small but well-protected sanctuary for the conservation of the Maleo. This megapode nests in the volcanic soils that are heated by geothermal energy for incubation. Threatened by predators (and no doubt poaching), one of the aspects of the recovery program run at this site is to remove eggs from nest holes and place them at the appropriate depth in the ground within cages. Soon after arriving here we were observing our first Maleo, a male in a tree, and my 2000th life species. We spent significant time at a partly overgrown jungle clearing (riddled with Maleo holes).

At lunchtime we drove to a nearby village, where we had lunch in a local homestay, where we’d also be spending the night. After a rest we returned to Tambun and birded some more in the jungle, followed by owling after dark. Highights here included 1 Green-backed Kingfisher, a total of 4 Maleos in the forest plus a recently hatched chick in the hatchery, 8 Sulawesi Dwarf Hornbills, 1 Maroon-chinned Fruit-Dove, 1 Black-naped Fruit-Dove, 1 White-faced Cuckoo-Dove, 1 Stephan’s Dove, 2 Sulawesi Mynas, 2 White-necked Mynas, 1 Sulawesi Triller, glimpses of 4 Isabelline Bush-hens making an awful lot of noise, 3 Sulawesi Babblers, and at night 3 Great-eared Nightjars, 1 Sulawesi Nightjar, and 1 Sulawesi Scops-Owl.

It had rained rather heavily most of the night and was still raining at sunrise so we had to forgo birding in the local area. Instead we travelled toTangkoko which turned out to take most of the day. Along the way we saw 1 Isabelline Bush-hen well, making up for yesterday, as well as a Barred Rail on the side of the road, two Black Sunbirds and a Lesser Coucal. At Puncak Temboan, a spot overlooking the jungle canopy not far from Tangkoko, we spent a pleasant few hours watching birds come and go. Highlights here included a Knobbed Hornbill pair , several White (Silver-tipped) Imperial-Pigeons and Green Imperial-Pigeons, 2 Grey-cheeked Green Pigeons, 3 Ornate Lorikeets, and a Red-bellied Pitta heard deep in the wooded valley below. After sunset we checked in and had dinner at Mama Roos Homestay, our base for the next few days.

Tangkoko Nature Reserve, on the extreme north-eastern tip of Sulawesi, extends from the sea to the slopes of the Dua Saudara mountain and consists mainly of primary lowland rain forest while above 600m there is sub-mountain rain forest. Most of our birding time here was spent in the lowland and partway up the slopes. There are some 140 species recorded in the reserve, and we saw many of the target species, but not without considerable effort in the heat and humidity. Samuel, the local guide who is associated with the homestay is excellent at finding the birds. In addition we saw a few Spectral Tarsiers (Tarsius tarsier), the world’s smallest primate, a group of the endangered Sulawesi Black Crested Macaque (Macaca nigra), 2 Sulawesi Bear Cuscus (Phalanger ursinus), 1 Sulawesi Dwarf Cuscus (Strigocuscus celebensis) and 2 Northeastern Xanthurus Rat (Rattus xanthurus). Overnight rain showers had cleared as we set off early this morning walking slowly through the various types of forest (both secondary and primary rainforest, scrub and patches of grassland). Around noon we returned for lunch and a rest, and set off again later in the afternoon and continued birding until well after dark for owls. Highlights of the day included flocks of Finch-billed Myna, a beautiful male Lilac Kingfisher and an equally nice Sulawesi (Dwarf) Kingfisher, 2 pairs of Tabon Scrubfowl, 1 female Sulawesi Cuckoo-shrike (Cicadabird), 2 Ochre-bellied Hawk-Owls at a daytime roost, 2 Sulawesi Nightjars at a nest site, 2 White-rumped Cuckoo-shrikes, 1 Pygmy Parrot, 1 Red-backed Button-quail, flocks Yellow-breasted Racquet-tails. At night we heard Ochre-bellied Hawk-Owl and Sulawesi Scops-Owl and after a two-hour search obtained excellent views of a Minahasa Owl.

Another morning birding in the reserve, but it appeared very quiet. Good views of Azure-rumped (Blue-backed) Parrot but we again failed to obtain a glimpse of Red-bellied Pitta (not even a squeak). However after an amazing effort by Samuel we had great views of Rusty-backed Thrush. After a few hours bird activity improved a little resulting in an immature Small Sparrowhawk, Spot-tailed Goshawk flying off, a pair of Pied Cuckoo-shrike, 1 Jerdon’s Baza, 1 Sulawesi Pygmy Woodpecker. In the afternoon we boarded a small fishing boat for a trip to the Sulawesi Masked Owl nesting site on the coastal cliffs and to the mangrove to search for the Black-Billed Kingfisher. We saw both species, a downy young was sitting on the owl’s nest, and after quite some time in the mangroves we eventually found a Black-billed Kingfisher with what appeared to be a limp leg. Other highlights of the boat trip included good views of a Barred Rail, a Golden-bellied Gerygone (Flyeater), 2 White-rumped Cuckoo-shrikes and in the village a male Pygmy Parrot was attracted to a caged female.

This morning we checked out and started the journey back to Manado with a stop of a few hours at Puncak Temboan again, where overlooking the jungle we saw, in between light rain showers, more swiftlets (Moluccan, Glossy and Uniform), one Fork-tailed Swift and heard the Red-bellied Pitta call again from the valley below, had great views of a Yellow-billed Malkoha and a pair of Purple-winged Rollers, and saw 1 Dwarf Hornbill and a few Yellow-breasted and Golden-mantled Racquet-tails. We were back at the airport just before lunchtime.